WiFi is fundamental to any business, and by 2020 it is expected that there will be 4 devices for every person on the planet. As WiFi devices are added to an area the signal becomes congested and conflicts with other devices broadcasting on the same frequency. The image below shows a congested area with conflicting sources (SSID’s).

At first, to avoid conflicts you would change your channel, like a radio, to ensure no one else is using the same frequency, with a limit of 13 channels eventually all channels became congested. The most popular and older WiFi technology operates on the same frequency band of 2.4Ghz, if your devices are using this band and so are others around you it can cause slower speeds and intermittent connections. To mitigate this issue, WiFi boffins created out newer versions, which operates on 5Ghz and provides new channels ensuring more reliable and faster speeds. The image below shows the evolution of WiFi technology.

WiFi Utility is a basic need, for your customers and you. A third of the UK couldn’t go 24 hours without the internet; it’s essential to modern day lifestyle. Having your own secure WiFi service not only gets more people through your door, it keeps them coming back. But it isn’t about simply having WiFi, it’s about having the best WiFi possible. 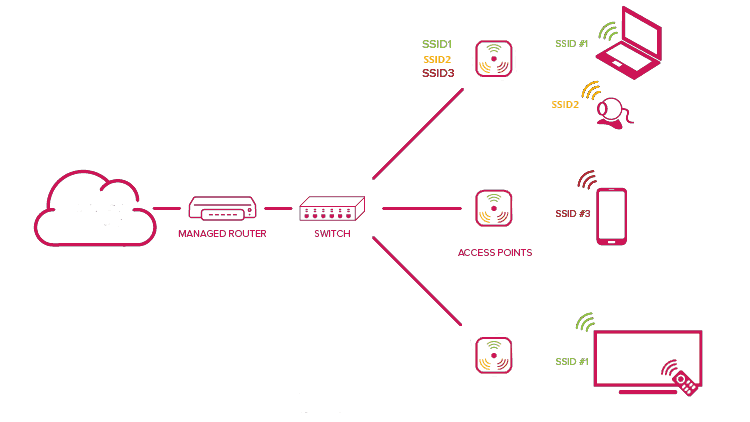 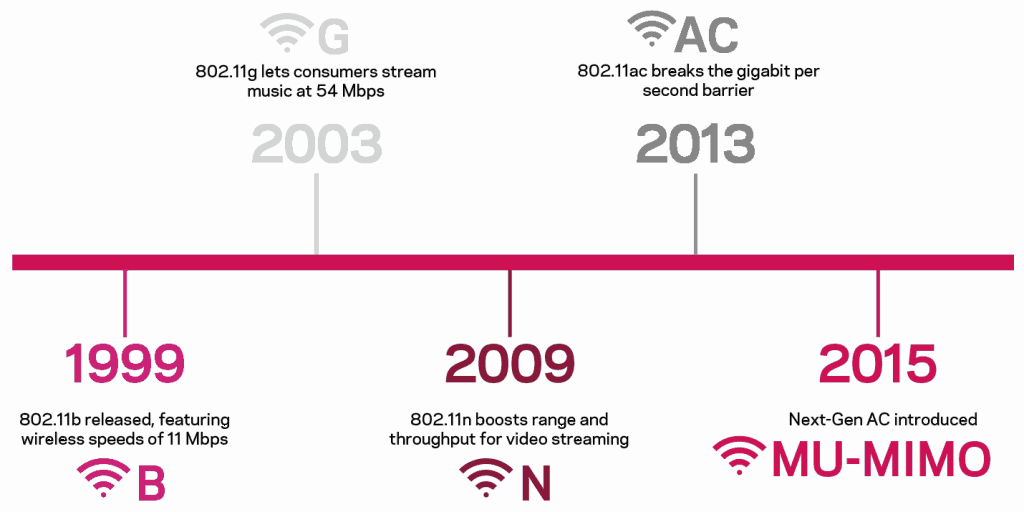